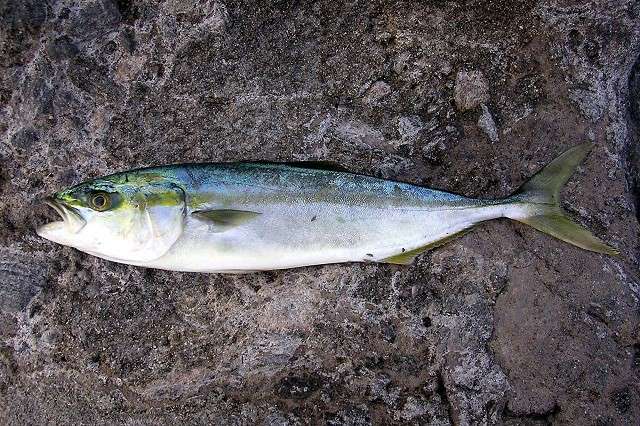 The Japanese amberjack or yellowtail, Seriola quinqueradiata, is a species of jack fish in the family Carangidae. It is native to the northwest Pacific Ocean, from Korea to Hawaii.

It is greatly appreciated in Japan, where it is called hamachi or buri (鰤). These fish are eaten either cooked or raw, and are a seasonal favourite in the colder months when the meat has a higher fat content. Amberjack is typically thought of as a winter delicacy of Toyama and the Hokuriku region. Although it is frequently listed on menus as “yellowtail tuna”, it is a fish of an entirely different family, the Carangidae, rather than the family Scombridae that includes tunas, mackerels, and bonitos.

Some of the fish consumed are caught wild, but a substantial amount is farmed (about 120,000 tonnes per year). To populate the pens, every May, workers fish for the small wild fry (called mojako), which can be found under floating seaweed. They scoop out the seaweed together with the mojako and put the mojako in cages in the sea.

Japanese amberjack culture has a long history, having begun in 1927 in the Kagawa prefecture of Japan when wild caught juvenile amberjacks were first reared in shore enclosures. Over time, this type of culture became obsolete, due to problems related to poor water quality and excessive waste accumulation within the system. Commercial production of Japanese amberjack began in the 1940s, and production began to expand rapidly in the 1960s, exceeding 43 000 tonnes by 1970. By 1995 it had reached a peak of nearly 170 000 tonnes but ranged between 139 000 and 162 000 between 1996 and 2003; no further growth trend is apparent. However, it is important to note that fish farmers have been able to maintain total production level at these significant levels despite a fall in the number of wild caught juveniles (mojako).

Japanese amberjack features in the fisheries of the Western Central Pacific Ocean, from Japan and the eastern Korean Peninsular to the Hawaiian Islands but its farming occurs mostly in Japan, the Republic of Korea being the only other country reporting production to FAO. In Japan this species is the most cultured fish, its meat being relished as sashimi. The aquaculture production of Seriola quinqueradiata constituted about 57 percent of the total farmed marine finfish production in Japan in 2003.

Japanese amberjack is endemic to Japan and adjacent areas. It spawns along the 200 m contour in the East China Sea; juveniles migrate north to near Hokkaido, feeding for three to five years until reaching sexual maturity; then they migrate south for spawning. Adults of 70-80 cm SL approach the western coast of Kochi prefecture, Japan in March-April. From season to season, various sizes can be caught in different parts of Japan; therefore, special names are given to them in different regions. The common name of Japanese amberjacks varies with size. In Japan, those that are <50 g are called mojako, those between that and 5 000 g named hamachi, and those >5 000 g termed buri. This species is highly piscivorous species and, in the fisheries, reaches a maximum size of 150 cm TL and 40 kg. In nature, it feeds on microorganisms and small fishes while drifting north with the seaweed. Small mojako (4 to 5 mm) stay under or inside floating seaweed; larger fish (0.5 to 2 cm) swim below the surface. After reaching a size of 10 to 14 cm, they disperse from the floating seaweed and swim towards the shore. The optimum rearing water temperature for Japanese amberjack is 20-29 ºC and the optimum salinity is 30-36‰.

Are you a supplier? Contact us to be featured on this page.

Optinmark on The best marketing blogs to follow in 2022 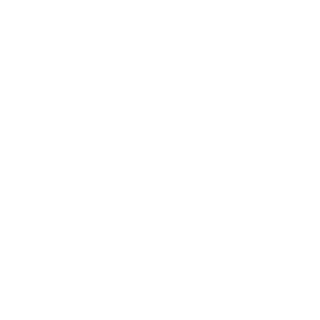